My pumpkin plants quadrupled in size over the last week. Granted we did get a lot of rain which could certainly explain it but with the rain came lightning. The increase in leafy vegetation in the garden might point towards a sudden increase in available nitrogen.

Remember the nitrogen cycle from middle school biology (at least based on my curriculum in the US). Lightning cleaves atmospheric nitrogen which results in two individual molecules which quickly react with oxygen forming nitrogen oxides. Rain then washes these nitrogen compounds into the soil where they become bioavailable nitrates.

Here is a refresher course from the BBC and it is the source of this depiction of the cycle:

Wouldn’t it be cool if all of the sudden growth was due to lightning?

There are certainly other possibilities. The clover ground cover is approaching maturity in every garden bed, including those which hold my cultivated plants where the clover acts as a companion. Leguminous nodules in the roots that fix atmospheric nitrogen into the soil are probably revving up.

Another explanation is the pumpkin seeds that are now mature plants came with the manure compost I brought in last November. The mixture had almost entirely composted by this spring, but the last bit of wood shavings are no longer to be found. The decomposers finishing the digestion of this garden bed may also have made more nitrogen available.

Whatever occurred, let the pictures speak for themselves! 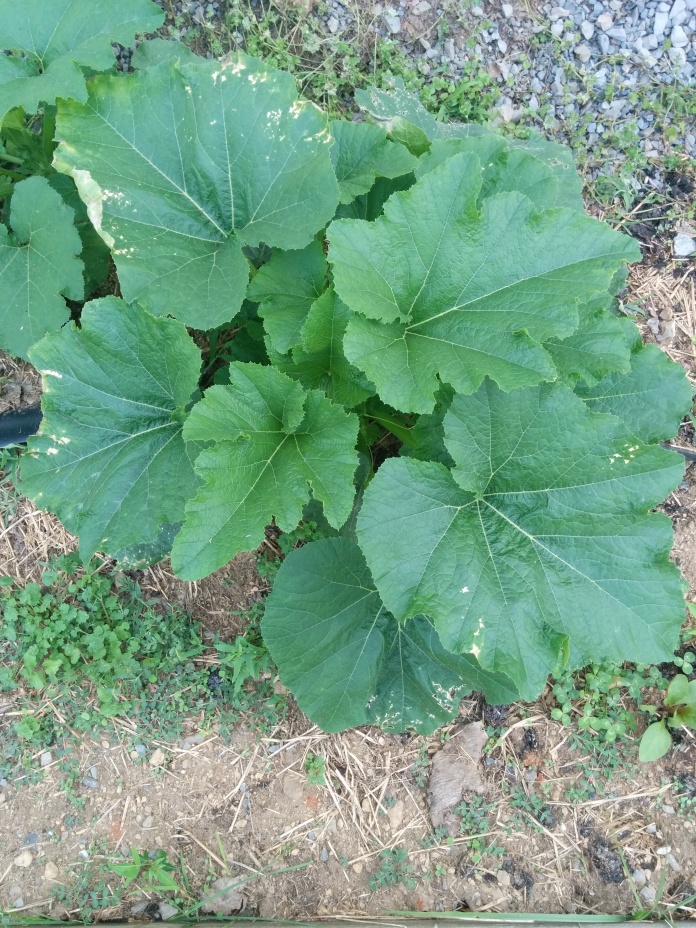 Same pumpkin plant now spilling across a distance of 8 feet! 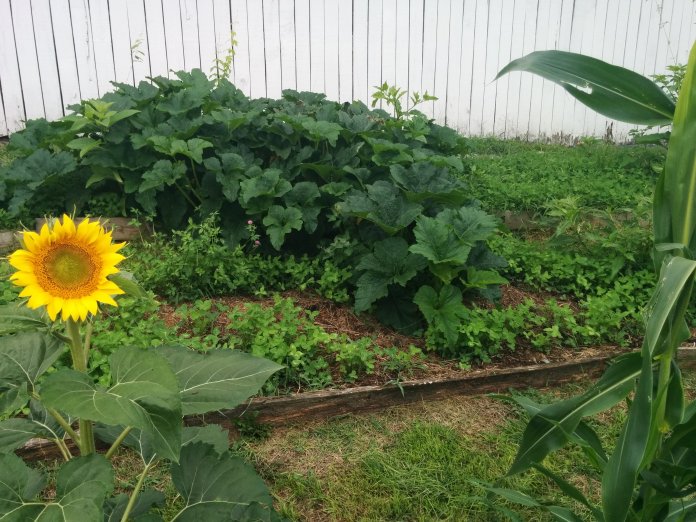