Where sourwoods produce top notch honey that beats out even clover, there may not be a more prolific nectar producing plant in the eastern United States than Tilia americana as far as volume in concerned. With the limestone parents yielding alkaline soils, it is quite a relief to learn that basswoods prefer neutral to slightly alkaline soils. A major consideration is that these trees need space, and lots of it. Heights of 60-120 feet are commonly achieved while Tilia trees spreads out 50 feet. The bloom is only 2 weeks long between May and July but produces an incredible amount of nectar; the most of any plant native to the eastern US and likely the most heavy producer in all of the United States, though I have found no statistics to confirm this. Furthermore, the flower’s structure protects nectar from being washed away by rain! The last of its attributes to note is how it grows twice as fast as most native hardwoods including beech, oak, and hickory to name the geniuses that make up the most of our native forests here. Unsurprisingly, this also means that it blooms quickly!

With its huge spreading form, basswoods will be planted on either side of the road to the west of the powerline that ends to run underground. Aesthetically speaking, an “Elm Effect” is hoped to be achieved where the trees spread to meet in an arch over the road. Side note, but did you ever wonder why almost every town in the United States has an Elm Street? That arching canopy effect over streets is exactly why but sadly Dutch Elm Disease has killed almost ever American Elm in the US. Not many of these trees will fit on the farm and its ladscape, but if the scarce figures found in literature are true, a few trees should supply a huge surplus!

Sourwood nectar yields one of the most prized honeys on the east coast. Oxydendrum arboreum tolerates shade well but requires acidic soils. It typically forms a cone shaped canopy that is between 25-40 feet tall with a width of 25 feet.  An important note is that these trees are notoriously hard to transplant successfully. If transplanting is successful, sourwoods grow (relatively) very slow so careful consideration of planting sites is prudent. In fact, an arborist I called to the farm for professional advice on an unrelated matter basically told me I was wasting money by trying to grow sourwoods. He was friendly and incredibly knowledgable. Regardless, challenge accepted!

Similarly, the range of the sourwood is shown below: 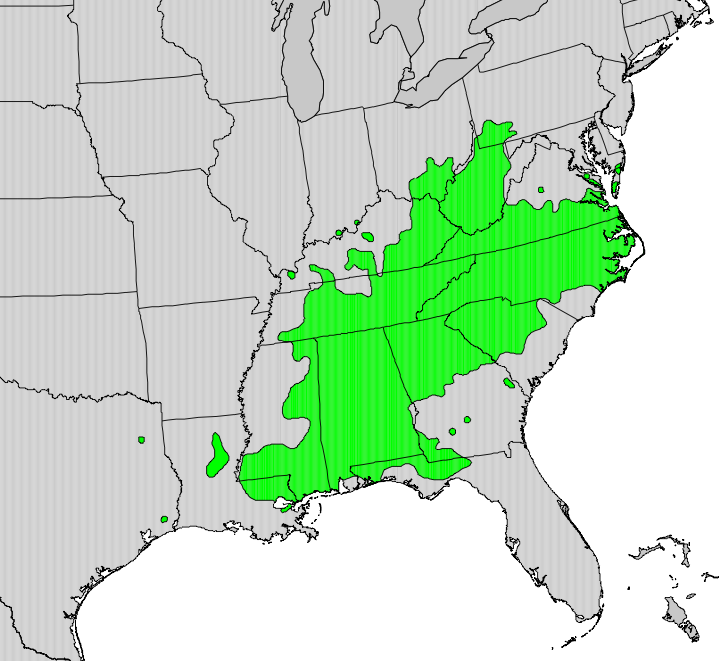 Notice how the natural distribution swings around the Shenandoah Valley. “In the Garden: Sourwood” from the nearby Crozet Gazette notes that exact point and speculates that the soil is the limiting factor in this region of Virginia. I would agree, especially noting how the tree grows through the Roanoke and New River Valleys to the south. Geology is what I believe is the differing factor. Where the limestone parent material of the Shenandoah Valley yields alkaline soils, the two valleys to the south are sandstone/shale which produces acidic soils. Moral of the story: it will be a fun challenge as a passionate but amateur botanist and silvoculturalist!

It could be a candidate for under the power lines, but total removal would be needed if it encroaches. Have you ever seen trees under powerlines that commonly get butchered by an untrained “arborist”? It looks like this:

Those epicormic sprouts shooting for the space opened to sunlight by awful pruning practices lead to a never ending battle. Plus removal would waste its slow growth rate and difficult establishment! So for now, it will be planted between the farm entrance road and the fence along the main road where it’s form won’t reach out to disturb vehicles on either. It also could be planted beneath the huge and fast growing basswoods where its slow growth rate would keep them from competing vertically but the different soil requirements make this plan more work than it is worth. Instead, sourwoods will also be planted to form the border of the pasture along the fenceline so bees can maximize the June to July nectar flow.

After seeing the blooms of sourwood for the first time while researching some specifics of this post, I then noticed this specimen in my parents’ neighborhood located in Northern Virginia. I confirmed the identity by tasting the leaf! 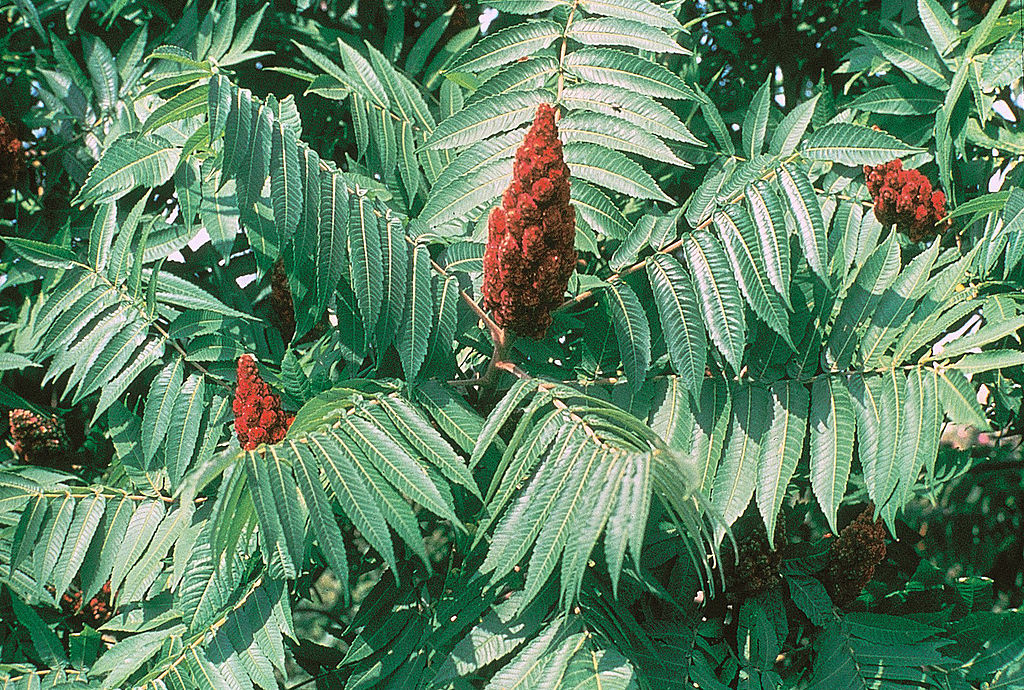 Preface: This series is 7 posts long. As this blog is pretty much my diverse diary of starting a sustainable farming business that attracts readers interested in many different subjects. Thus I will break them up over time so I don’t spend an entire week talking solely about bee trees.

Trees for Bees 3: Sumac (will be published in future)

Having a successful farm enterprise on limited acreage depends on putting every nook and cranny to productive use. There are some areas where fruit trees cannot be grown or cannot be accessed for harvest. Spaces such as these can be put to use with nectar and/or pollen producing trees, both of which come from flowers so it is no surprise that the best producing trees are also quite beautiful. Thus either side of the entrance track is a prime location for planting the bee trees. A challenge is posed on the pasture side of the entrance track by the overhead power line. Fear not, this challenge just adds an extra fun layer into the planning.

That road was constructed on fill dirt that more gradually spans the grade from the lower-lying pasture to the road. The resulting hill on the pasture side of the road has exposed rock and is un-plantable with anything that requires harvesting. I’ve considered leaving it wild and utilizing the hill as a goat exercise pen, but the logistics of fencing such a rocky and steep drop off proved the idea unattainable. However the hostile terrain will not support many trees thus requiring a grove of pioneer species, if anything. There is one pioneer species that produces abundant nectar and pollen and will be the first plant discussed on the morrow.