This week exactly 85 seedlings (9 persimmon, 7 apple and 69 honey locust) were repotted with the final figures from the experiment being recorded. 12 additional honey locusts seedlings were culled due to rotted roots and thus not recorded as successful seedlings. The Persimmons experiment is still ongoing as those seeds are germinating at a much slower rate.

Apples being included just for fun proved to be the most vigorous germinators in terms of growth rate. No soil mixtures were used so no data is available.

Honey Locusts show a preference for both soil mixtures containing perlite over the soil and compost only mixtures. However significant subjective observations became very apparent and are noted in the next section.

Some manner of objective measurement of both stem and root dimensions is needed for the honey locusts. Seedlings in the soil/compost only group showed the greatest growth both above and below the soil. Seedlings in either soil mixture containing perlite yielded roots that had rotted completely. Pictured below is an example: Perlite mulched soil on left, soil and compost only on the right. 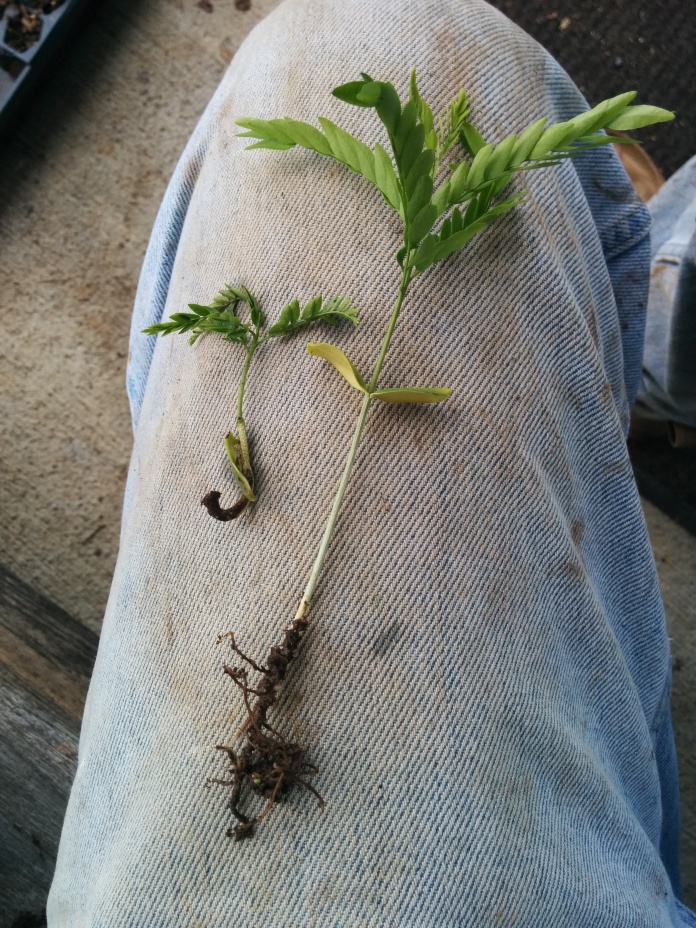 Differences in growth characteristics negate this need with persimmons. Where honey locusts develop many soft lateral roots early, persimmons only develop deep woody taproots that are not prone to rotting. Pictured below is a persimmon seedling for comparison purposes.

By measure of germination success, honey locust seeds show preference for perlite soils. When considering successful root and stem development, soil/compost only is the best mixture.

Not enough persimmons germinated to provide conclusive results but from the successful germinations, persimmons appear to prefer perlite in the soil and as mulch.

Pictured below is all 85 repotted seedlings back in the growing tent. Containers consist of 16 oz. drink cups from walmart, topless milk pints, fast food cups saved by friends/family and various household products containers. At some point a fan will be placed on the seedlings to encourage stem strength for structural considerations. 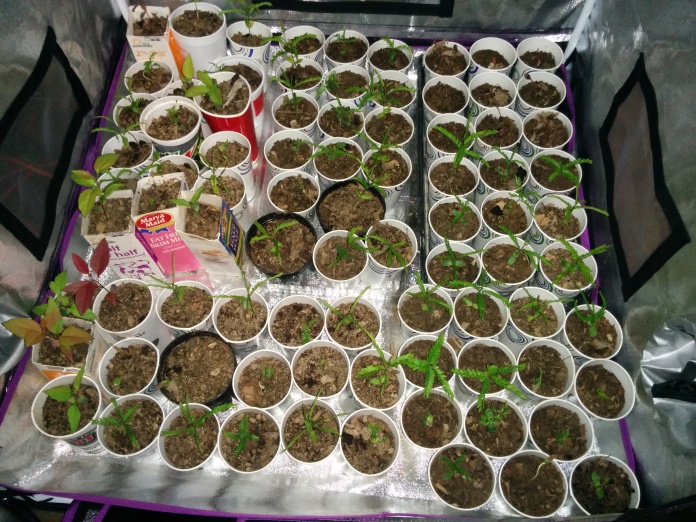 Previous posts in this series:

Another update on progress